In this session the young people from the Manningham Youth Project interviewed Aqib Khan, the young actor who played the lead role in the film West is West (the sequel to East is East). Aqib gave a frank and open interview and talked about how his Bradford roots have helped him stay grounded and how his feelings for the place have helped him give his best performances on film. He spoke highly of Bradford as a place where he feels at home and where 'you always meet someone who knows you somehow... from your aunties', uncles', nieces' kid!'... 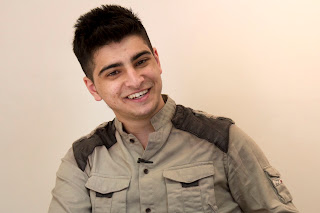 Other notable and exciting interviewees included Champak Kumar Limbachia, the Founder and Artistic Director of Oriental Arts organisation and Mohammed Ajeeb a former councillor and the first ever Asian Lord Mayor in the country. Champak talked about his experience of coming from the bright and warm climate of Kenya to England, a very different place to Africa! He talked about his passion for music and Bradford. We were lucky enough to see and hear a piece of music on his harmonica in the interview, which was refreshing, unexpected and brilliant. 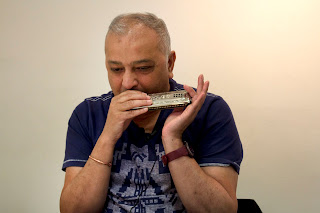 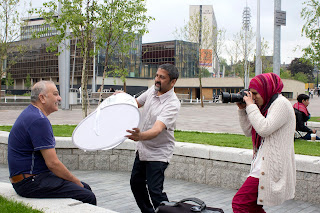 Mohammed Ajeeb gave an emotional and thought provoking interview when he talked about his interests and entry into politics. He talked about the challenges he faced when becoming the Lord Mayor in the 80's. The young interviewers found him inspirational and an excellent role model for young people who want to go into politics in Bradford. 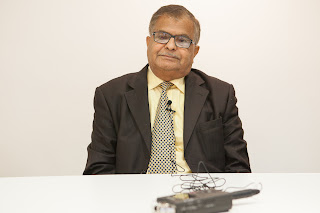 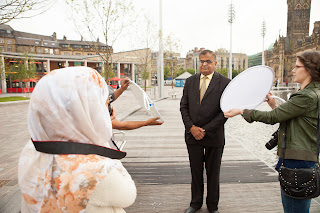 The New Focus young people from the Impressions Gallery helped with the filming and portrait photography. Hayley Sargent, Rameez Khwaja and Austaeja Krukonyte took pictures for the blog.
Posted by COEMO at 09:03